A History of Athens Country Club

Here’s how it all began…

Hobson was an attorney and owner of a title company in Athens. The story goes that Hobson, an avid golfer like Joel Lusk and “Pappy” Hart, frequently had to play courses in nearby towns like Corsicana or travel quite a distance to enjoy a day on the links.

They began to stew about having a golf club handy and soon Hobson solicited the advice and help of A. P. Smith and his brother Milton, owners of the Chrysler/ Dodge dealership, and Leon Barron, the International Harvester dealer. They were ready to invest in such a venture.

Soon, other Stirman “regulars” Wofford Spenser, Winfield “Doc” Stirman, and Jim Roberts became interested. It was known that R.T. Craig, a local real estate broker, had 120 acres that he would sell for $25,000.00.

On February 4, 1933, Franklin sold it back to Willie W. Keen. Mrs. Keen and her husband sold it on September 16, 1935 to F.E. LaRue. In 1944, I.P. and Ruth LaRue sold it to R.T. and wife Clara E. Craig. The land was ideally suited to the building of a nine-hole golf course. There was already an older, two-story rock building on the property, which when renovated and roofed, would make an attractive clubhouse.
… 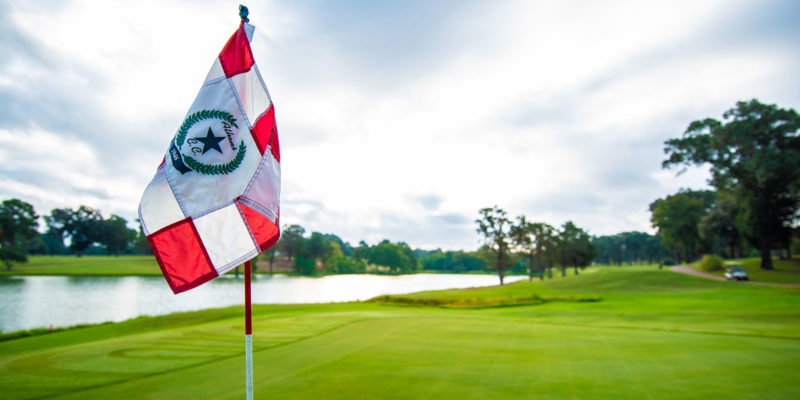 Please call Stacie Windham at (903)675-8594 for a tour and more membership information.